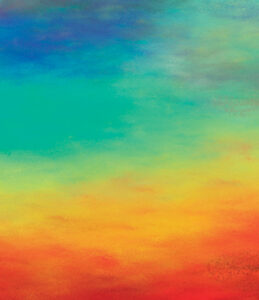 We’re busy, our thoughts are on today and maybe next year. We have stuff to do, schedules to keep. We have too much going on to think about our deaths, much less to actually die.

To most of us death is an abstraction, an event a “lifetime” away, something that shouldn’t influence what we do today.

Being a firefighter—being continually exposed to death and to the suddenness with which it often comes—changes that point of view.

We live in a universe—the firefighter universe—where any 911 call might be a death. Death by trauma, overdoses, medical causes, and suicide are the lingua franca of first responding.

The indelible lesson from this is not that death is inevitable but rather its corollary, our time here is short.

More than once after a bad call—such as after a cardiac arrest—when I’ve stepped back into the non–fire department world, with its everyday problems, with its politics and its jostling for status, I’ve thought about Ralph Waldo Emerson’s advice that “sometimes a scream is better than a thesis.” I’ve wanted to shout, “Stop what you’re doing! Is what you’re doing important? You don’t have time to waste! Don’t be afraid! Hold your children, tell great stories! Take care of people, smash the glasses against the wall!”

Excerpted from Firefighter Zen: A Field Guide to Thriving in Tough Times by Hersch Wilson, © 2020 by Hersch Wilson. Reprinted with permission from New World Library. Hersch is a thirty-year veteran firefighter-EMT with the Hondo Fire Department in Santa Fe County, NM. He is also a storyteller, writer, speaker, and consultant. He has co-written three national best-sellers with Larry Wilson, including the award-winning Playing to Win: Choosing Growth over Fear in Work and in Life. For more information visit NewWorldLibrary.com.

To return to the home page, click on the Home tab or the back arrow